Stronger Than Ever - The Power of Our Community

REFLECTING ON THE POWER OF OUR COMMUNITY

We're all coming to terms with the reality that we've lost a CBC legend.

For a quarter-century, Liz Kosciolek played a role in shaping the lives of more than 5,000 young men who passed through the halls of CBC. Whether she was checking their whereabouts when late for school; offering school administration needed perspective regarding a student's misbehavior; lending lunch money; or just giving the hug that one of her boys needed, Liz was constantly working to better the lives of our students.

Her impact on our school can never be fully measured. But, to offer some perspective, over the course of the week more than 380,000 people saw or reacted to the news of her passing through Facebook alone. Now, CBC only has about 3,500 Facebook followers (give us a follow!) so I'm not quite sure how the word spread so rapidly, but I guess it is no surprise that a woman who touched so many would receive this enormous outpouring of love.

The spirit and commitment of our community was incredibly powerful through this challenge. Thank you for being part of our special family. 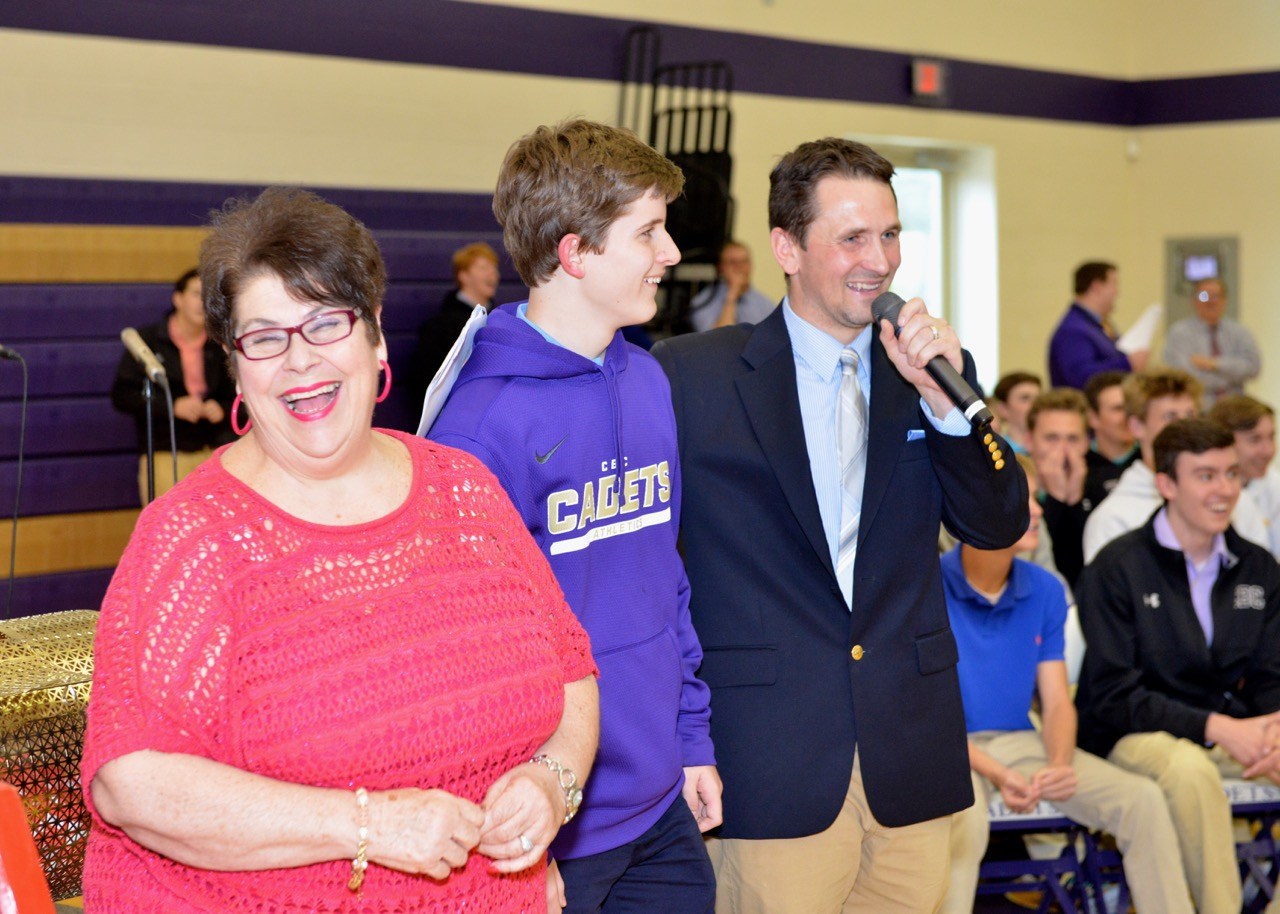 Tony and Maggie Kosciolek would also like to say 'thanks'. They penned the following note on behalf of their family.

Our family would like to thank the entire CBC community for the love and support we received following the passing of our mom.  While losing Liz was a sad and unexpected event, we are completely overwhelmed by the compassion and kind support the CBC community has given as we try to realize life without her.

It was amazing to see and hear so many alums express the impact that Liz had on their life:

"Liz was the reason I got out of bed and went to school."

"Liz was my first friend at CBC."

Comments like these meant so much to us. And we want to make sure that all of Liz's boys know they meant as much to her as she did to them.

Hearing from the current students as we were making arrangements made the days a little lighter.  From the moment the news was announced at school, the text messages, emails and tweets from

students began pouring in and our phones didn't stop ringing.  It was exactly what we all needed to get through the next few days.

After seeing the turnout on Sunday and Monday, Liz would have been so proud of her boys.  CBC meant so much to our mom, and we are excited to see the "For My Boys" The Liz Kosciolek Memorial Fund continue her legacy of compassion and kindness.

WATCH OUR STUDENTS' TRIBUTE TO LIZ

Contribute to "FOR MY BOYS" The Liz Kosciolek Memorial Fund