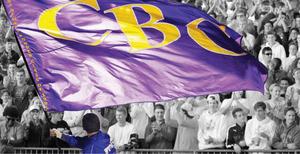 Congratulations to our dedicated student-athletes and the incredible teachers and coaches who sacrifice so much to lead and support our young men!
The article that appeared in the Post-Dispatch includes this quote from 2019 graduate Elijah Robinson. CLICK HERE TO READ THE ARTICLE
Elijah graduated as a member of the CBC Honors Program, and this summer he reported to the United States Air Force Academy for Basic Cadet Training. Best of luck to Elijah as well as classmates and fellow two-time state champions A.J. Woodman (United States Military Academy) and Taylor Robinson (United States Naval Academy) as they continue to study, compete, and serve our country!
Print