As defined by North America Scholastic Esports Federation (NASEF), Esports, also known as electronic sports, is a form of competition that is facilitated through computer gaming. Most commonly, Esports takes the form of organized, multiplayer online video game competitions. These competitions often incorporate live broadcasts with commentary and award prize money to competitors. Esports is also one of the fastest growing sports in the world.

Why Esports in High School?

The single most important question that we considered when determining if this would be the right program for CBC:  Can this program be beneficial to our students?

Here are the benefits of Esports for CBC students:

Where and when will my son be able to participate in the CBC Esports program?

We will open our 1500 square-foot CBC Esports Center on our campus in October of 2019.  The Center has 48 gaming PC stations that include the following:

The Center also has 12 gaming consoles (Xbox One, PlayStation 4, Nintendo Switch), each with four platform-specific controllers.

Most notably, the CBC Esports Center has its own Charter Spectrum Enterprise internet connection (2 Gbps scalable to 10 Gbps) powered by fiber with extremely low ping times that can accommodate the high frames per second generated by the gaming PCs.  The Center will be open during Activity Periods for open play or structured competitions, and after school for the competitive Esports athletes and teams.

What games will be available?

We are still working with our parents/guardians and students, as well as our Board of Directors, to finalize the list of game titles available to our students.  All games are rated on a scale by the Entertainment Software Rating Board (ESRB).  The CBC Esports Center will include games for competition that are rated no higher than T (Teen - content is generally suitable for ages 13 and up).

The above list is neither finalized nor complete.  Check back in the future for updates.

Video for CBC Parents - Why Esports at CBC?

Be positive. Compete with, support, and RESPECT EACH OTHER. No toxic behavior is allowed here.

RESPECT THIS SPACE. Take care of the furniture, hardware, and peripherals. Clean up after yourself. No food, drinks, or bags of any kind are allowed.

RESPECT THE GAME. Play fairly and within the rules. Don't undermine the spirit of the game. Always use your assigned profile and be a good ambassador of CBC. 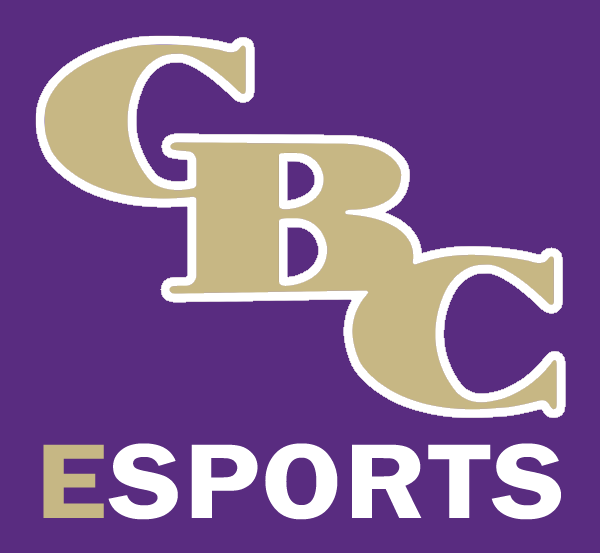