Mother-Son Mass photo
Advancement » Why I give - Donor profiles

Why I give - Donor profiles

John Mahn ‘54 describes his journey of traveling to CBC High School each day as an adventure.

Mahn grew up in Lemay, in South County, and ended up at CBC after a recommendation from a priest. But how he physically ended up at the Clayton Road campus every day tells the story of what the teenager was trying to accomplish in his young life and displayed his desire to be successful.

“At 14 years old, I traveled across the city, from South St. Louis as an adventure to West St. Louis — which was traveling from an industrial-type neighborhood to an elegant neighborhood,” Mahn said. “That in itself is a fantastic difference and creates an atmosphere of desire to succeed. So I felt that the school I was going to was far superior than most schools in the city and in the area at that age.

“Just going to school there was an exercise, especially in the winter months. Then the school itself with the atmosphere of military, you had a great deal of discipline there. From 14 to 18 years old that’s a wonderful measure and circumstance to create persistence and perseverance to succeed in whatever you do at a very young age.”

Mahn, 84, would go on to become a successful entrepreneur and businessman. 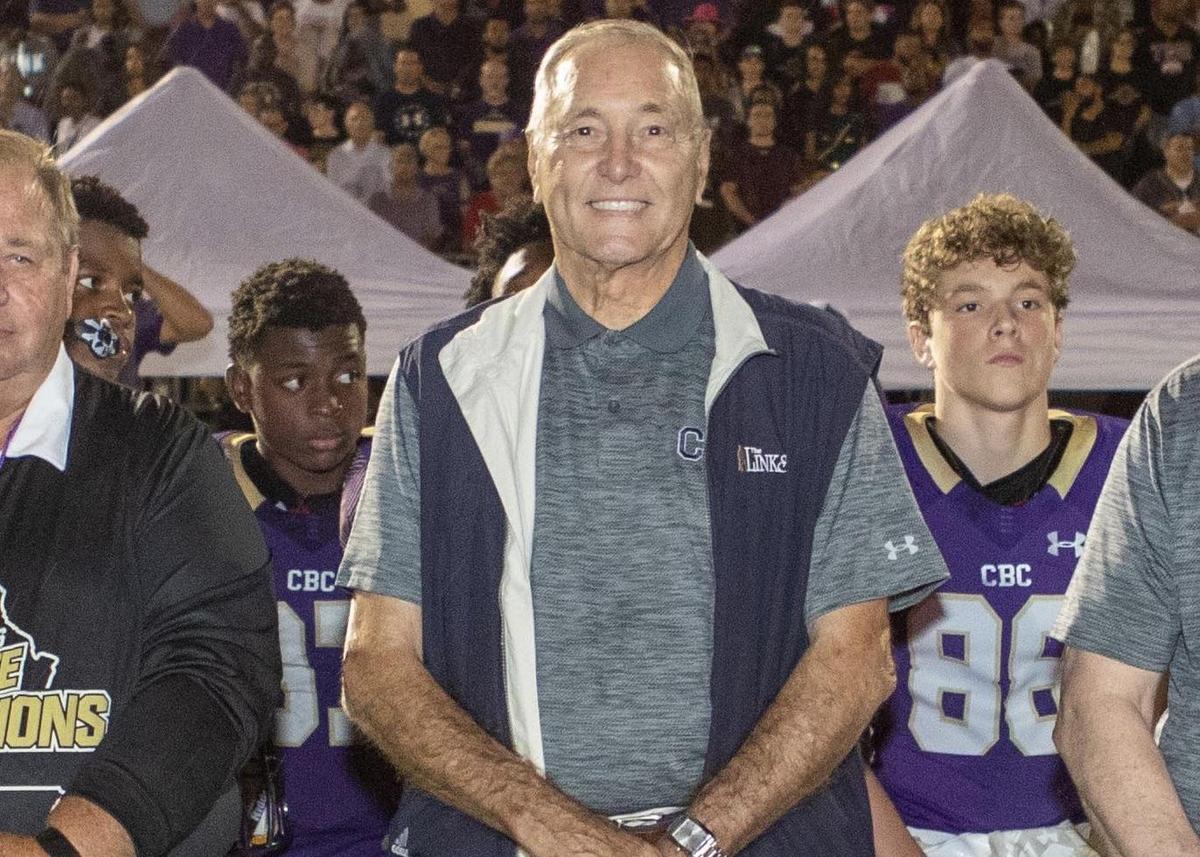 He founded General Fabric Fusing (GFF) in Cincinnati, Ohio, in the 1970s. That company eventually became Twill USA in 1977, which was first headquartered in Indiana and then branched out to Las Vegas. Twill USA, according to its website, seeks to “provide the highest-quality heat transfer products for the sports apparel industry.”

Mahn credits CBC with having a profound impact on him during his formative years.

“I was reasonably (active) so I suppose,” he said. “But truthfully I spent a great deal of my time, extra time, working. I worked my way through CBC. I paid all my tuition. I paid for my uniform. I worked at Steak n’ Shake.”

What are his fondest memories from his days as a Cadet?

“I enjoyed everything there, actually,” Mahn said. “The military aspect I enjoyed. I enjoyed the students that I participated with. I enjoyed the whole experience. I can’t think of a negative thing.”

“The biggest thing I felt that it would do was give me an opportunity to succeed in life and of course it did, and it has. That’s of course the principal reason you go to school. … But I felt school as an obligation and a duty to enhance yourself.”

Mahn, who was inducted into the CBC Alumni Hall of Fame in 2018, has also felt an obligation to give back to his high school. The young man who paid for his tuition and his uniform by working at Steak n’ Shake now has his name on CBC’s new Welcome Center -- one of the many recent campus improvements paid for by donors.

Mahn lives in Las Vegas now and spends time in the summers in Montana, but has returned to the Town & Country campus two or three times over the past few years. Each time, he has been impressed with what he has seen.

“It’s unbelievably impressive, I felt,” he said. “The modernization, the ability to maintain current intelligence within the organization. In other words, you have all of the modern, up-to-date technological equipment in campus right now and I was amazed by that. I really was. The systems, the technology, the computers — it’s all there in one big package. It’s amazing, to me.”

Mahn’s generosity to CBC has helped fuel the school’s mission of developing young men in the Lasallian tradition and prepare them for success in college and beyond.

“We’re in desperate need of educated, moral, decent schools to transfer those principles to the students,” Mahn said. “It’s pretty simple to understand. The younger you can teach people right and wrong, it’s the most important thing you can possibly do with your life. … The mere fact that you can help someone – well, you’re not helping them you’re training, teaching, showing, leading and developing.”

Mahn continued: “That’s why I give and will continue to give.”

Schellhardt family gives back to CBC because of what CBC has given them
For Christina Schellhardt and her family, the support and generosity of the CBC High School community they received during a time of need is something that they will never forget.
Christina’s husband, Tim, is a 1985 graduate. Tim’s older brother, Tom, is a 1983 grad. When Tim and Tom’s father passed away suddenly while the boys were in high school -- Tom was a junior and Tim was a freshman -- the CBC community stepped up to help out the family. 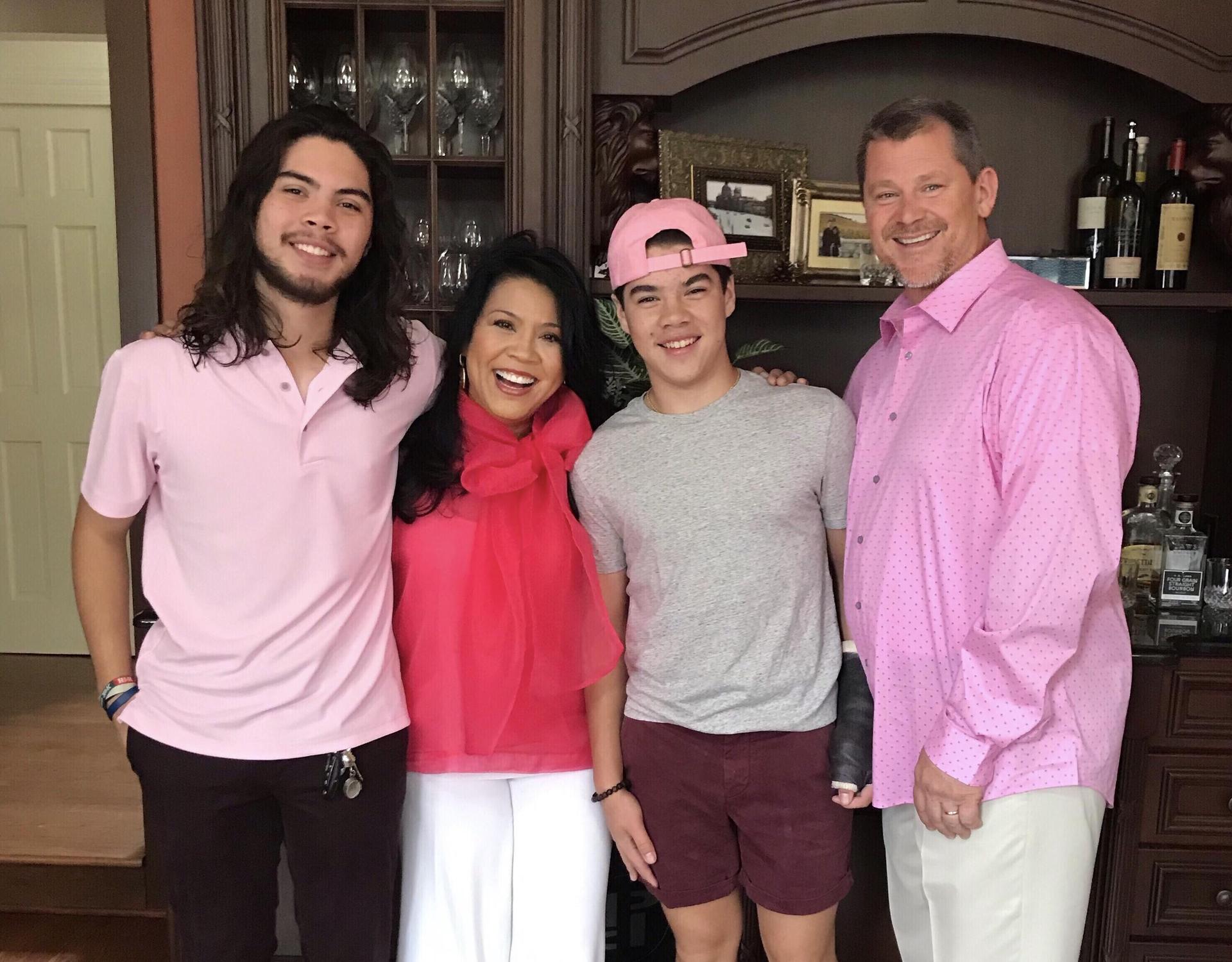 “His passing left their mom with eight children to take care of -- the youngest was two years of age and the oldest was 18,” Christina said. “Unfortunately, his unexpected passing did not leave the family in strong financial position. At the time, the CBC community, without hesitation, created an anonymous trust to ensure that not only would both my husband and his brother complete their years at CBC, but that their younger sisters would also be able to finish their education in their respective schools. This included the two- and four-year-old siblings who would later attend private girls’ high schools. This incredible gesture shaped the lives of eight siblings today, indebted to the generosity of the CBC community, who all are leaders in their personal and professional lives.”
Tim Schellhardt served on the CBC Board of Directors for nine years and was chair for two of those years. Tim and Christina, who both serve on the Men for Tomorrow Campaign committee, created an endowed scholarship for those students who experience a sudden hardship or loss of parent with hopes of ensuring a four-year education at CBC.
“My husband's dedication to CBC is rooted in the beauty of compassionate Cadets who came before him and he has vowed to return the favor to those who come after him 100-fold,” Christina said. “To this day, he does not know the names of those who contributed to the anonymous fund for his family and prefers to give back to those families by ensuring the vitality and sustainability of Catholic education in the halls of CBC through his and our family's actions. My husband's effort became my effort -- for without this CBC experience, he would not be the man he is today. For these reasons and so many more, this is the Brotherhood for Life that we love and have dedicated ourselves to supporting for future generations to come.”
Tim and Christina have two sons -- Timothy, a 2018 graduate, and Charles, a member of the Class of 2023 -- and Christina said CBC gives them the confidence that their sons (along with those in the CBC family) are afforded the opportunity to be the best they can be -- academically, spiritually, morally, and socially.
“Above all, we feel CBC makes every attempt to instill in each student, a servant-minded attitude that is grounded by faith and a brotherhood that will serve them for life,” Christina said. “It is the concept of brotherhood -- teachers genuinely wanting students to succeed, administrators developing life-long relationships with students, coaches mentoring athletes on and off the field, upperclassmen looking out for first-years and more -- that makes CBC a special place.”
Jeffrey Wolff: CBC believes in our boys before they believe in themselves
Jeffrey Wolff witnessed the tremendous impact CBC had on his son, Clayton, and his four nephews.
That’s why Wolff has continued to support CBC since Clay’s graduation in 2007, including serving on the Board of Directors and as the Honorary Auction Chairman in December.
Wolff delivered an impassioned speech at the Auction about the impact the school had on his son. 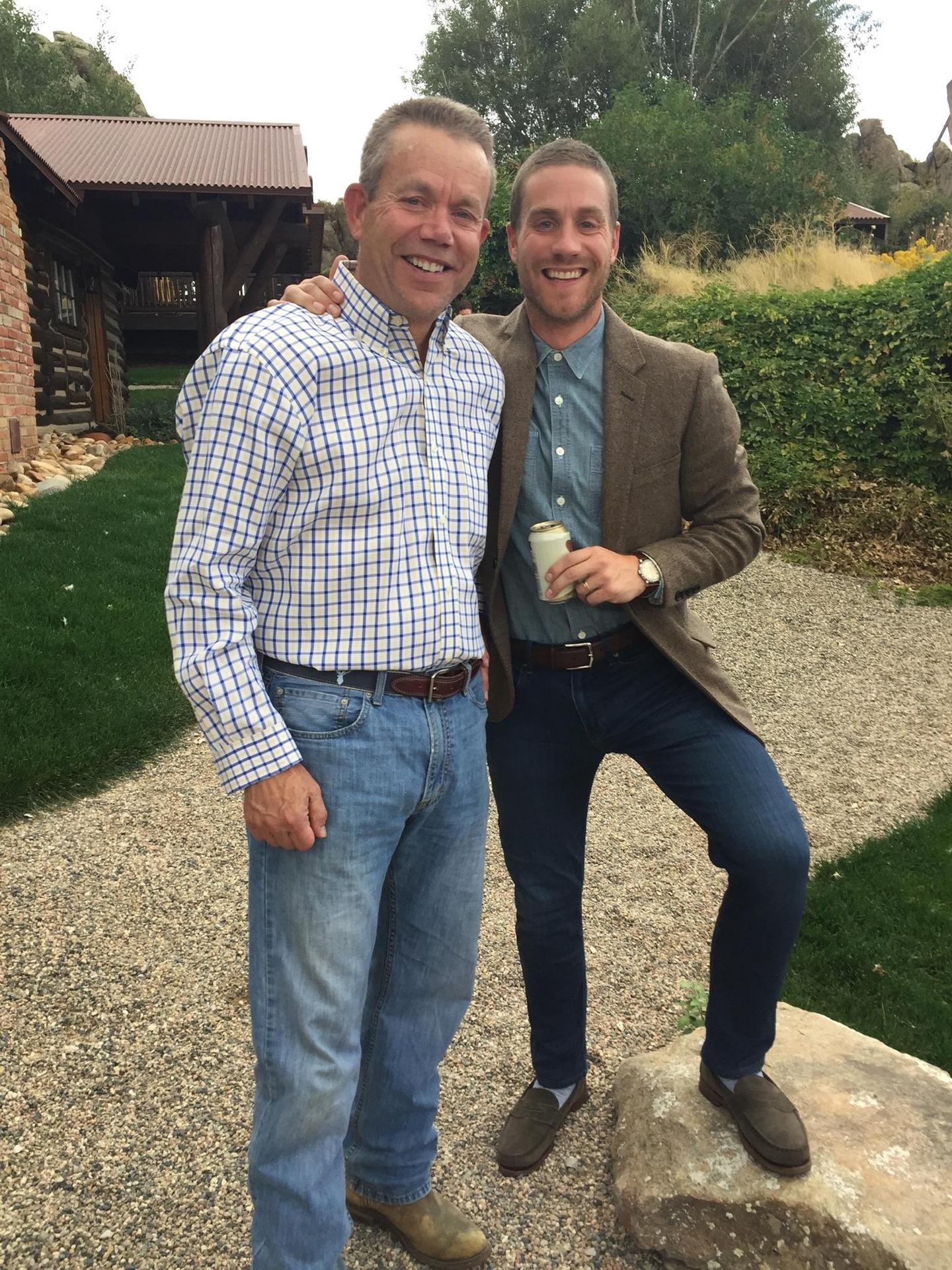 “Based on my experience, I can state unequivocally that CBC believes in our boys before they believe in themselves,” Wolff said. “Think about it, let it sink in. CBC believes in our boys before they believe in themselves. This shouldn’t come as any surprise because it is at the root of the Lasallian teachings: Faith in the presence of God. Faith in all our boys. Faith in all the world. I had a front row seat observing one son and four nephews experience CBC to its fullest. From day one, the faculty and administration believed in my son and instilled confidence in him. This confidence translated into his gaining admission and graduating from one of top universities in the country.”
Wolff watched his son excel in extracurricular activities like Student Council and as a member of football and baseball teams that competed for state championships his senior year.
“This was the first time CBC went to the state football championship in the school’s history,” Wolff said. “Since then, the incredible coaching staff and outstanding athletes at CBC have made a habit of it. Football championships, baseball championships have become as common hockey, soccer, basketball and all the sports. The fact of the matter is CBC takes raw talent from all walks of life and instills belief in them and they emerge transformed confident believers in themselves, and truly men for tomorrow and brothers for life.”
When asked why he continues to support CBC’s mission, Wolff said five words come to mind: servant leadership, genuineness, inclusiveness, and legacy.
“The entire CBC administration, Brothers, faculty, coaching staff, extracurricular leadership, and all employees place their focus on the boys and not themselves,” he said. “They are genuine; they are authentic to a person. The boys’ success is their success. Diversity is not just embraced, but lived. CBC includes students come from all walks of life from a large geography with different backgrounds and capabilities, but each student brings an individual genius that is additive to the total high school experience. This faith-based education and experience is represented by over 15,000 graduates who have made and continue to make a lasting impact on the world and our community.”