Honoring the life of Charles Beach 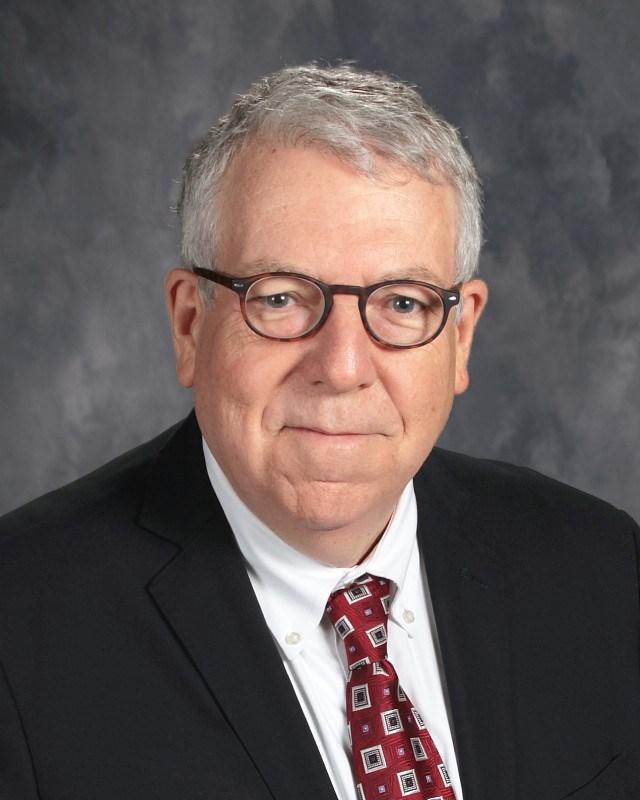 The CBC family mourns the passing of teacher Charles Beach
We are saddened to share the news that religion teacher Charles Beach passed away early Sunday morning, surrounded by his family in the state of Washington, after a long illness. He was 63.
Beach, who began teaching at CBC in 2008 after previously working at Chaminade, Visitation Academy and Ursuline Academy among other stops in his distinguished teaching career, took a leave of absence from CBC at the beginning of the 2020-21 school year.
“I try to teach an appreciation and understanding of how religion shapes a person's life and worldview,” Beach wrote when describing his teaching style. “And I try to facilitate human connections by introducing people to others with different cultures and beliefs, so that we might all learn from each other and thus build up, and celebrate, both our local, and global, community.”
Beach did just that and he did it well.
He was honored as CBC’s Distinguished Lasallian Educator of the Year in 2015.
“Charles was an inspiration to all who met him, students, his peers and parents,” CBC President Michael Jordan, AFSC, said. “Lives were enlightened by him. Students looked forward to his classes as they were going to be an adventure every class. One student described him as a ‘Saint.’ May he truly rest in peace. We will miss you, Charles.”
“Charles’ creativity in the classroom and care for his students were examples for us all to emulate,” CBC Principal Tim Seymour said. “He was the consummate Lasallian educator, touching the hearts and minds of all students entrusted to his care. In my 16 years at CBC, he’s certainly been one of the best. Our school community will miss him dearly.”
Members of the Class of 2021 planned and held a memorial prayer service for Beach on Monday afternoon, which was attended by a few dozen students, following the conclusion of their Senior BBQ. The seniors also brought flowers and put them outside Beach’s classroom, Room 106, in tribute.
Beach grew up in the Philadelphia area, earned his degree in Liberal Arts at Saint Joseph’s University in Philadelphia in 1979 and his Master’s in Theology from Marquette University in 1984.
“As a former student of Charles Beach, I can personally say you will never in your life find a man who is more in love and invested in his craft,” Justin Bricker ’11 wrote on LinkedIn. “Not only is he a great teacher, Charles Beach is a great man. I have had many teachers along my educational path, but none have had the impact on my life the way Charles Beach has. I will be forever grateful to him for the man he helped me become.”
We ask that our CBC community keeps Beach and his family in our prayers.
St. John Baptist de La Salle … Pray for Us!
Live, Jesus, in Our Hearts … Forever!
A private memorial Mass is planned for 8:00 AM Friday in the D.C. Wilcutt Gymnasium and will be open to faculty and staff, as well as members of the Class of 2021. Due to COVID-19 restrictions, we are unable to open the Mass to the public. We will be live streaming the Mass at www.YouTube.com/CBCCSN.
PHOTO GALLERY FROM STUDENT TRIBUTE/PRAYER SERVICE
Print