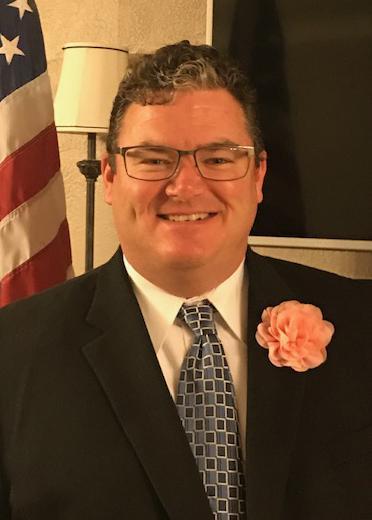 Christian Brothers College High School welcomes Kevin Quinlisk ’88 as our new Director of Alumni Relations.
CBC High School welcomes Kevin Quinlisk ’88 as our new Director of Alumni Relations.
Quinlisk has been involved with CBC in one form or another for many years, including serving as a current officer with the CBC Parents Club. He and his wife Crissy have four children: son Liam, daughter Maíre Cláre, son Aidan ’20 and son Cullen, a senior in the Class of 2022. Quinlisk’s two brothers also attended CBC, Brian ’86 and Matt ’90, and he has several nephews who are also Cadets.
“I have known Kevin since 1984, oh my, that is 37 years,” CBC President Michael Jordan, AFSC, said. “His parents were always involved with all the Parent Club functions. They were ever present at CBC. They gave the family great direction in involvement and participation as they were growing up. They were a fabulous example to their children. Kevin comes to CBC as our Director of Alumni Relations with that stock, that love for our institution. We look forward to his leadership and creativity in reaching out across the decades to our alumni and introducing new initiatives to bring our CBC family back to their roots here at our CBC.”
Quinlisk returns to CBC from the Bridgeton Police Department, where he has served as a police officer and then public relations officer since 2000. Prior to that, he served with the Metropolitan Police Department of St. Louis. Quinlisk was also two-term mayor for the City of Pasadena Hills.
“We are fortunate to have found an alumnus for this position that has been so connected to CBC since his graduation,” said Rika Beckley, Vice President of Advancement. “Kevin is currently an officer with the Parents Club and we look forward to him bringing his creativity and dedication to this important role at CBC.”
Quinlisk attended Missouri Western State College. He is active with the Ancient Order of Hibernians and a founder of the Emerald Society of Missouri among other organizations he serves.
Quinlisk’s first day at CBC will be August 30. You can reach out to him after that date at (314) 985-6098 or QuinliskK@cbchs.org to schedule your class reunion, for class notes, or other alumni-related matters.
Print