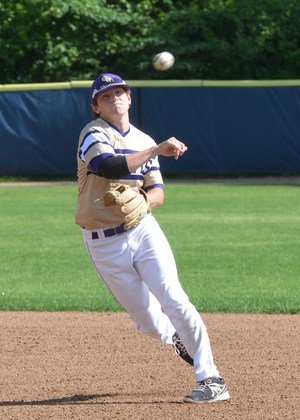 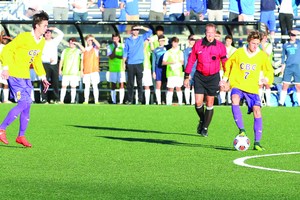 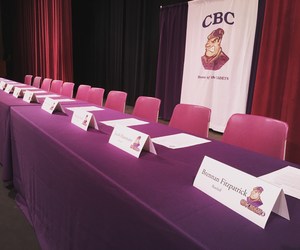 - Seniors formally announce university choices alongside their CBC Brothers
- Cadets headed to strong schools such as the University of Missouri, Indiana University and Rockhurst University
- One-third of signing class carries 4.0+ GPA
- Students have delivered more than 1,400 hours of service

Christian Brothers College High School is proud to announce that twelve student-athletes have made commitments to continue their academic and athletic careers in college. While at CBC, these young men have grown spiritually, served their community, received a premier education and helped lead the school to multiple state championships in athletic competition.

“Like all of our students, these young men hold a wide range of strengths and talents and we are proud to celebrate them today,” said CBC Principal Tim Seymour. “We have cheered for them in athletics and they have continually impressed us in the classroom and through their service to the community. Their accomplishments have built on our school’s strong history, and while they will leave our campus at the end of the school year, they are forever a part of the CBC brotherhood.”
CBC Athletic Director Dr. A.G. “Rocky” Streb applauds the accomplishments of the group.
“This is a great group of young men,” Streb said. “They have taken advantage of all that CBC has to offer and we are thrilled that athletics has played a role in their development. We appreciate the hard work they have put in here at CBC and we will continue to cheer them on as they compete and study in college.”
Baseball
Brennan Fitzpatrick – Southeast Missouri State University
Jacob Hausmann – Missouri State University
Brendan Kelly – Truman State University
Lawson McAteer – Quincy University
Thomas Oge – Central Methodist University
Mark Vierling – University of Missouri
Football
Ga’von Burks – Iowa Central Community College
Benji Gormley – Missouri State University
Rugby
Gabe Kettering – Indiana University
Soccer
Connor Lonero – Missouri State University
Bryce Starzyk – Rockhurst University
Water Polo
Kaden Conley – Gannon University